join us on telegram
The Prisons Department has denied claims that Najib Razak has been given special living quarters within the prison grounds. 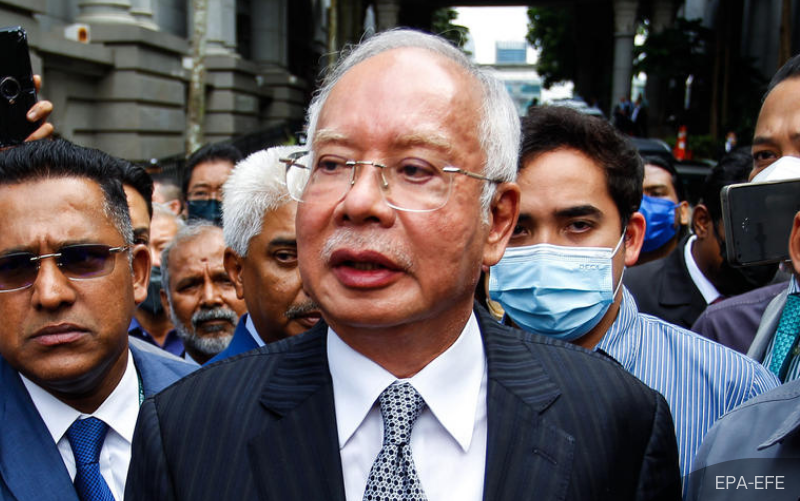 This follows a viral Whatsapp message claiming that the former prime minister was given a house meant for senior prison officers.

The department said on Facebook the information is false and has urged the public to stop spreading the message.

The Prison Department has denied claims that Najib Razak will be treated like a VIP in prison.

The department told Free Malaysia Today, all prisoners are treated the same, and no special services will be given to the former prime minister.

Baba Ijesha saga: “There are 7 or more crimes committed by those adults in CCTV against the child” –...
#Covid-19: Christmas travel will fuel spread of Omicron - US health expert, Dr Fauci warns
"Little Women: Atlanta" Star Ms. Juicy Hospitalized In ICU
PDP Concensus Build-Up Is Working, Says Saraki
What A Ritualist Told Me About Some Billionaires Paying N2M To Ladies To Sleep With Dogs – Kemi Olun...
I Will Only Serve One Term – Atiku To South East Leaders
Alec Baldwin & Others Hit With Wrongful Death Lawsuit After Halyna Hutchins "Rust" Shooting
We Have Absolutely No More Disaffection With Governor Abiodun’s Government – Pensioners Reveals
READ:  Police arrest 72-year-old Gogo, Intombendala, for selling hard drugs in Matlakeng, Zastron in Free State