Popular Nigerian singer, Michael Adebayo Olayinka, professionally known as Ruger, has announced that he is now ‘born again’, having rededicated his life to Christ in preparation for the release of his debut album.

Ruger who said this in an Instagram post asserted that he confessed a lot on the album after he underwent what he described as a ‘deliverance service’ at Tabernacle Christian Centre.

The 22-year-old shared a photo of himself in front of the church, and wrote:

“I’ve confessed a lot of things on this album. I’m now born again guys. Shout out to Tabernacle Christian Centre for the deliverance service.” 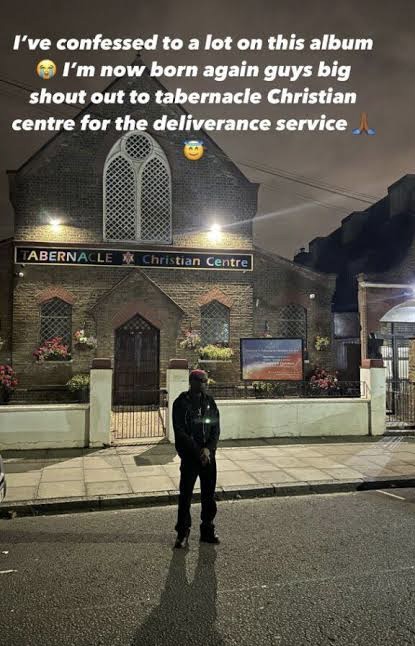 hitztv recalls award-winning singer, Daniel Benson professionally known as Buju BNXN insisted that there is no beef between him and his colleague, Ruger.

Buju BNXN also explained why he mentioned the name of the Mavin signee, Ruger at the 15th Headies award.

BNXN said he did that to ensure he stops fans from believing or insinuating an industry beef between himself and his colleague.

The ‘Outside’ crooner who spoke to The Nation in an interview said:

“I needed people to understand that I’m doing me and I am more focused on my music and my journey to even caring about another man’s thing.”