join us on telegram
Nigerian Actress, Peggy Ovire, has slammed a fan who expressed fear about her marriage ending up like that of Yul Edochie and Judy Austin.

The marriage of Judy and Yul has remained on the lips of many Nigerians following the controversies surrounding the marriage.

Peggy who recently got engaged to her lover and colleague, Frederick Leonard, took to Instagram to share a romantic picture of him and another lady.

The movie star had shared the picture to publicize the new movie of Leonard which premiered on Youtube.

However, a fan of Peggy who seemed not comfortable with the movie poster warned the actress, saying she hopes that Mary Igwe and Leonard do not end up like Yul Edochie and Judy Austin.

Displeased with the statement, Peggy warned the fan to avoid such comments on her page, or else she will get blocked. 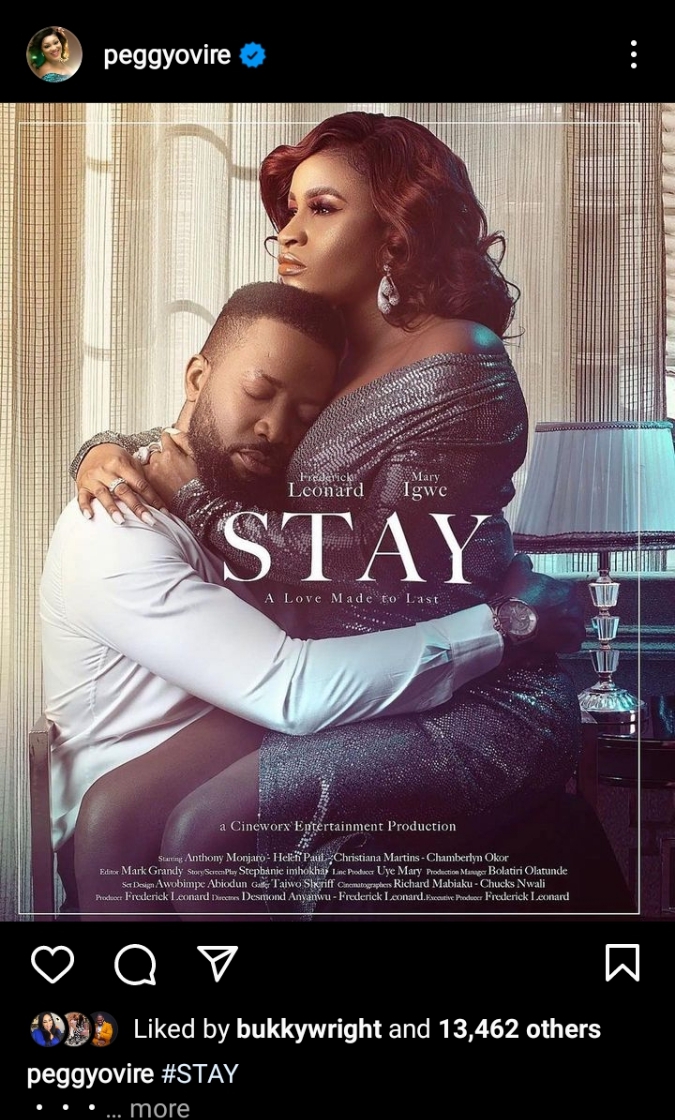 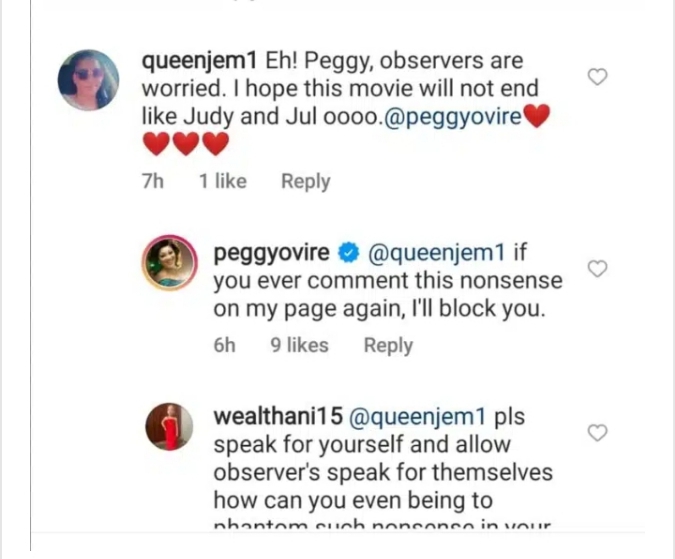 JAY-Z Inspired NFL's Manti Te’o To Open Up About Being Catfished
President Buhari departs for Paris today
Sanwo-olu Deserves Second Term As Lagos Governor – Lawan Campaigns
Bobrisky Spotted Boarding Commercial Flight Back To Lagos After Flying To Abuja In A Private Jet
Tristan Thompson Returns With Message About Hiding "From Your Demons"
Tinubu And Yahaha Bello In Closed-Door Meeting
Addison Rae's mom, Yung Gravy are in a 'PR relationship'
Khloe Abiri Shows Off Her Curvy Derriere In New Photos