join us on telegram
Information reaching hitztv.com.ng has it that Busta Rhymes has proven Cassper Nyovest right as he shares picture from London after Cassper claimed he inspired Busta. 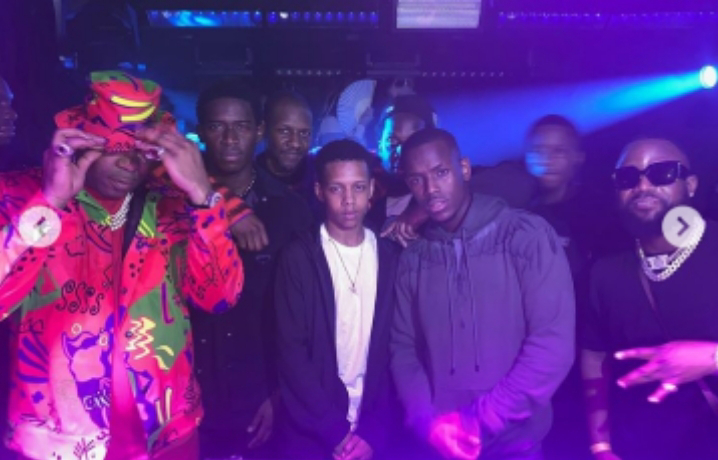 Taking to social media (Instagram page), Cassper, said he met Busta yesterday in London and Busta had told him that after meeting him, he influenced his album.

After sharing sharing the post, South Africans immediately felt he was lying and bragging at the same time.

Cassper Nyovest wrote: “Busta Rhymez just posted one of the pictures from the epic night spoke of. Best night of my life. Too many great things will come from that night at The Box in London.

“No more holding on to music and visuals. I’m just gonna be dropping randomly and feeding the fans like they have been asking. I used to overthink things. Nothing more to prove really. Having with with it again. More music on the way!!! Im talking my shit!!!

“When I met Busta he ain’t no me so he pushed me to the side. I moved respectfully, that’s when Dave Chappelle let him know who I was. Busta energy changed immediately, he then told this crazy story about meeting me through Swizzy and how it influenced his next album. MADNESS!

“Me and Busta chopped it up soooooo long that we ended up being the last 2 people to leave the club. Great fucking night, great fucking energy, partied with my idols. Dreams come true!!! God is good!!!

“I always make great records out here in London. More music on the way. I just wanna keep dropping. Plus Fill Up coming up soon after the Fight with Priddy Ugly in 3 weeks. Speaking of which, yall got your tickets yet ? Oct 1st gone be super lit!!!!

“My haters are my biggest marketing tool and they still don’t see it. They been working for me for free. Hahaha santse ke tlo le stressa shem!!!!”

Taking to social media a few hours ago, Busta proved Cassper wasn’t lying as he shared a picture of him, Cassper, Dave Chapelle and others at a club in Maftown, London.

Busta Rhymes wrote: “Lastnight we had to slide over to London to make sure our folks on the other side of the pond got the fullness of what that #DAVEANDBUSTA Experience was all about after Dave & Chris smashed it @theo2london Arena!! 🤯🤯🤯🤯🤯 Salute @davechappelle @chrisrock @spliffstar_mrlewis @talibkweli @djscratchator @yasiinbey @officialgiggs @damsonidris @michealward @casspernyovest and so many other Kings and Queens that pulled up!! The Blessings ain’t Stoppin’!!! 👑👑👑👑👑👑