Ace film director, Biyi Bandele has been laid to rest in Lagos on Friday, September 23.

The remains of the Nigerian novelist and co-director of the movie, Blood Sisters, was committed to the ground after a brief ceremony. 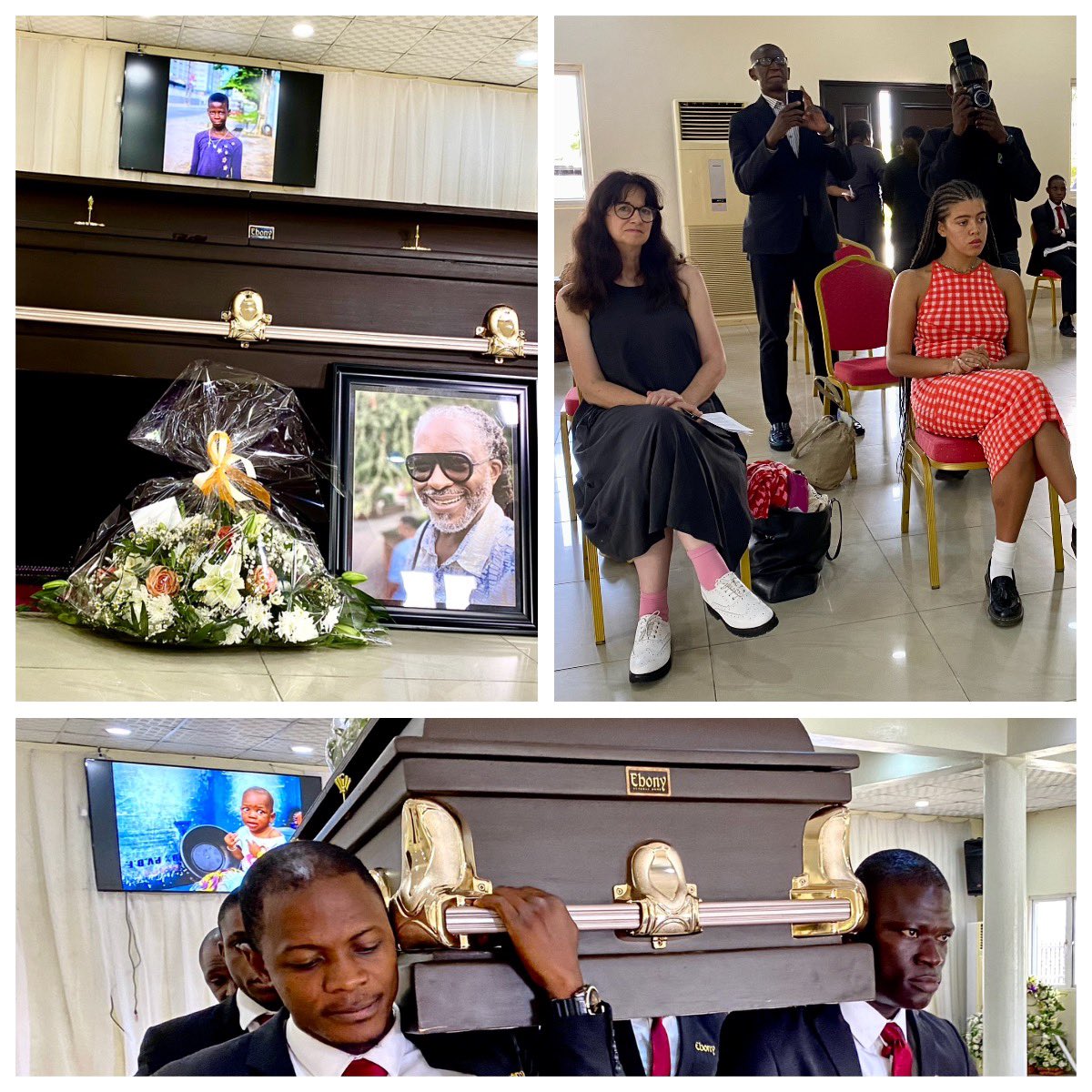 Filmmaker, Tunde Kelani, shared photos from the burial on his Twitter handle. He wrote:

“Biyi BÁNDÉLÉ goes home. The Writer, Poet, Screenwriter, Director and Photographer was buried today in Lagos after a brief ceremony. May his soul rest in peace.”

Biyi Bandele died in Lagos at the age of 54. According to a statement by daughter Temi Bandele, he passed on, on Sunday, August 7.

“I am heartbroken to share the sudden and unexpected death on Sunday 7th of August in Lagos of my father Biyi Bandele.”

“Biyi was a prodigiously talented writer and filmmaker, as well as a loyal friend and beloved father. He was a storyteller to his bones, with an unblinking perspective, singular voice and wisdom which spoke boldly through all of his art, in poetry, novels, plays and on screen.”

“He told stories which made a profound impact and inspired many all over the world.  His legacy will live on through his work.”

“He was taken from us much too soon. He had already said so much so beautifully, and had so much more to say.”

“We ask everyone to please respect the privacy of his family and friends as we grieve his loss.”

Born on October 13, 1967 in Kafanchan, Southern Kaduna to parents from Abeokuta, Ogun State, Bandele was studying dramatic arts at the University of Ife (now Obafemi Awolowo University), Ile Ife, when he won the BBC Playwriting Competition, and thereafter relocated to England where he had a flourishing career as a writer.

His earlier works include Half of a Yellow Sun adapted from Chimamanda Adichie’s novel of the same title and Fifty another EbonyLife production.

He was also a director of the TV series SHUGA: What’s Your Reality; FELA – Father of Afrobeat, a TV special documentary for the BBC, and his self-produced TV documentary Africa States of Independence.

His novels include The Man Who Came in from the Back of Beyond, The Street and Burma Boy.

Bandele is survived by his son Korede and daughter Temi.