join us on telegram
Prayers, encomiums were poured from friends, fans and Colleagues on social media after Nollywood Actress Peggy Ovire revealed the highlight of her wedding night.

The movie star, who tied the knot traditionally with fellow actor Frederick Leonard on Saturday , November 19, took to instagram on Thursday, stating that her highlight was when her elder sisters prayed for her and blessed her marriage.

The 38-year-old shared a picture of her sisters praying for the couple, noted that her two sisters have been married for 30 and 21 years respectively.

She wrote: “This right here was the highlight of the night for me, was raised in a family who puts God first in Everything & Grew up seeing my 2 big sisters Love God Fervently.

“The eldest (left) have been married for 30yrs & my other sister Gifty (right) Married for 21yrs & still counting….. don’t know how they do it but having them Cover us under Gods guidance, protection and Me following in their footsteps is a Blessing Never forget.” 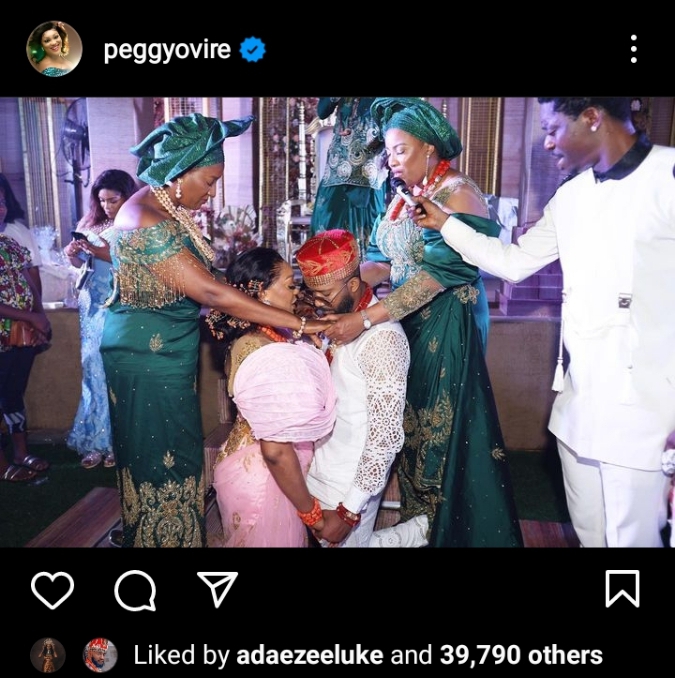 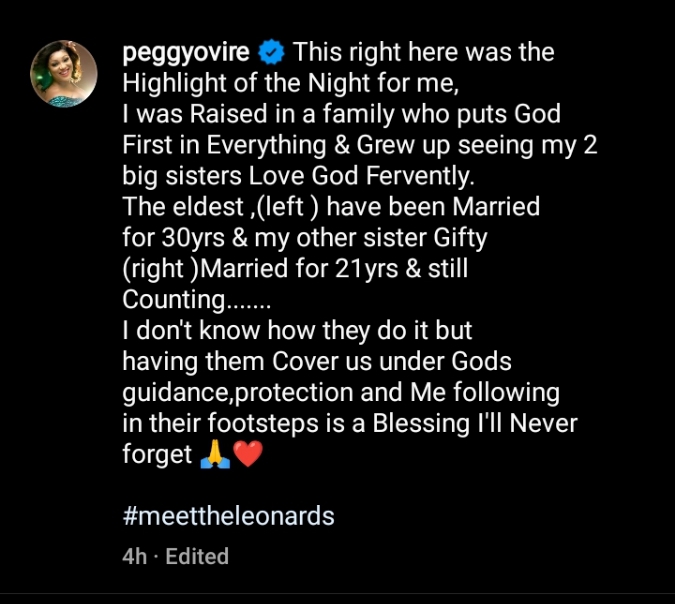 Reacting to her post, fans took to the comment section to pray for the actress’ marriage to last. 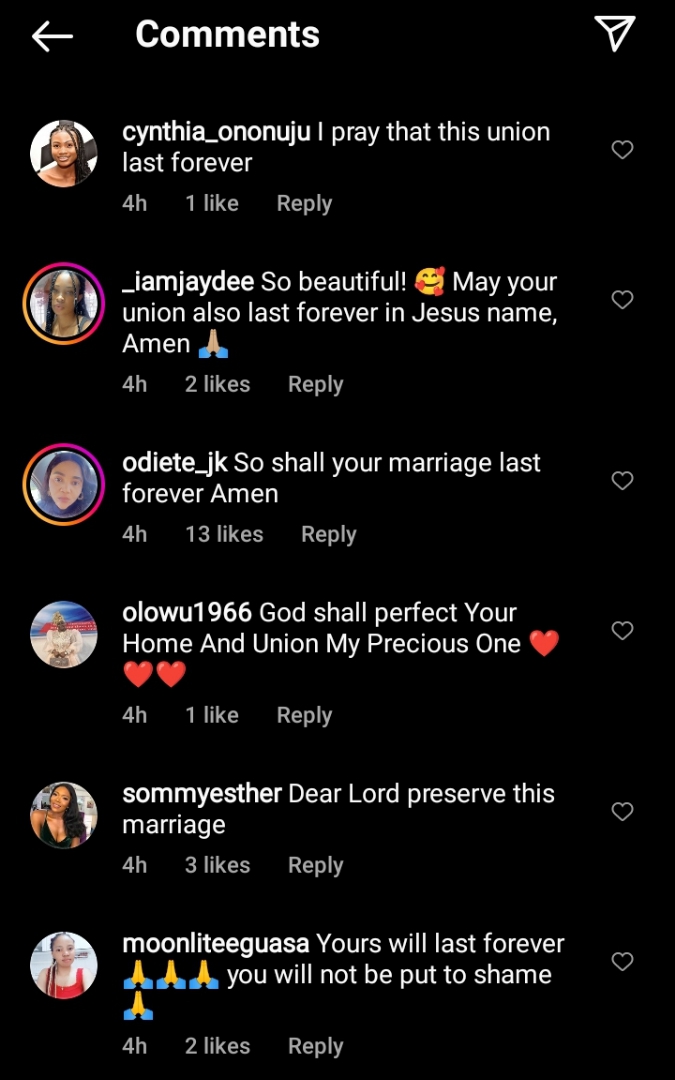 Wizkid Signed Terri Because Of Pressure From Davido & Olamide – YRN Reveals
Confusion As Lagos-Bound Passenger Dies At Abuja
"This is not classy" - Rita Dominic dragged over 'chest-revealing' wedding outfit (Video)
"Allow me to Re-introduce Myself ... MRS LEONARD" — Peggy Ovire gushes following traditional wedding...
Buhari In A Hurry To Develop Nigeria – Ahmed Lawan
Nollywood Actor, Bolanle Ninalowo Opens Up On Cheating On Wife
Primary school teacher melts hearts as she reveals the motivational way she starts her day with her ...
Asiwaju Lerry is all smiles as he finally meets his long-term crush, Dj Cuppy (Video)