join us on telegram
A video that captures the moment the music promoter, Kogbagidi bowed to the famous singer, David Adeleke alias Davido has stirred mixed reactions online.

In the clip, Davido who seemed to have just arrived at a venue was rushed by Kogbagidi who began bowing before him.

OBO however muttered some words to Kogbagidi before he stood erect.

Reacting to the clip, netizens left various comments, while some dragged Kogbagidi for bowing to Davido who is younger than him, others were of the view that he must have benefitted hugely from the music star before putting up such a display.

Check out some reactions beneath: 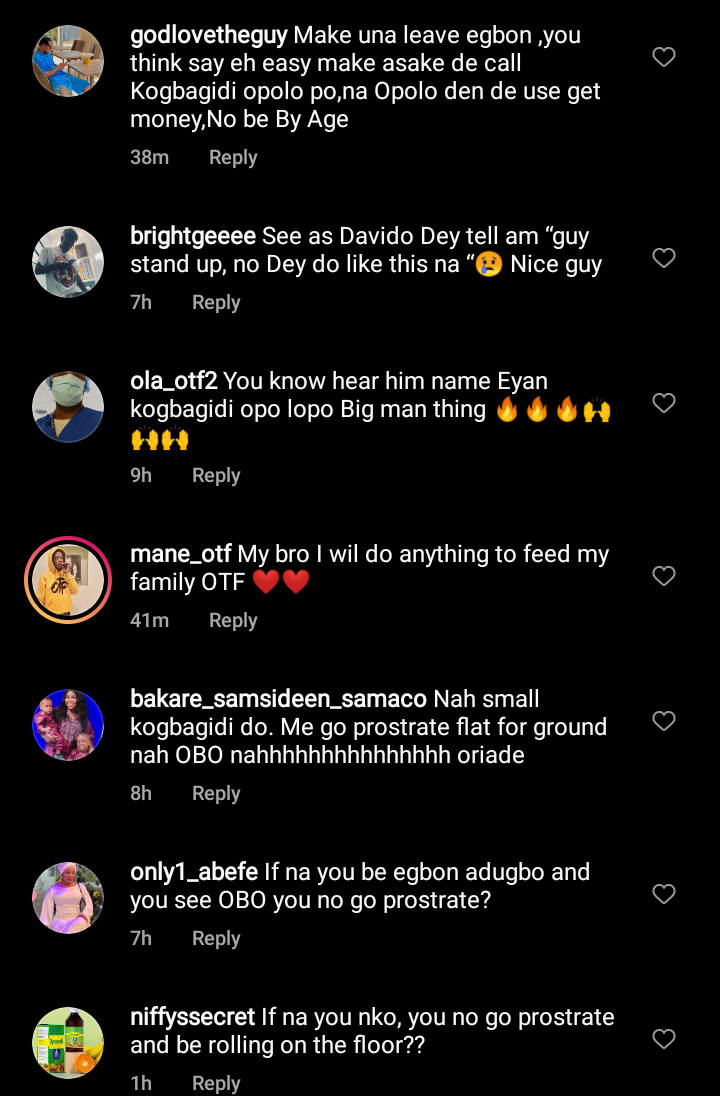 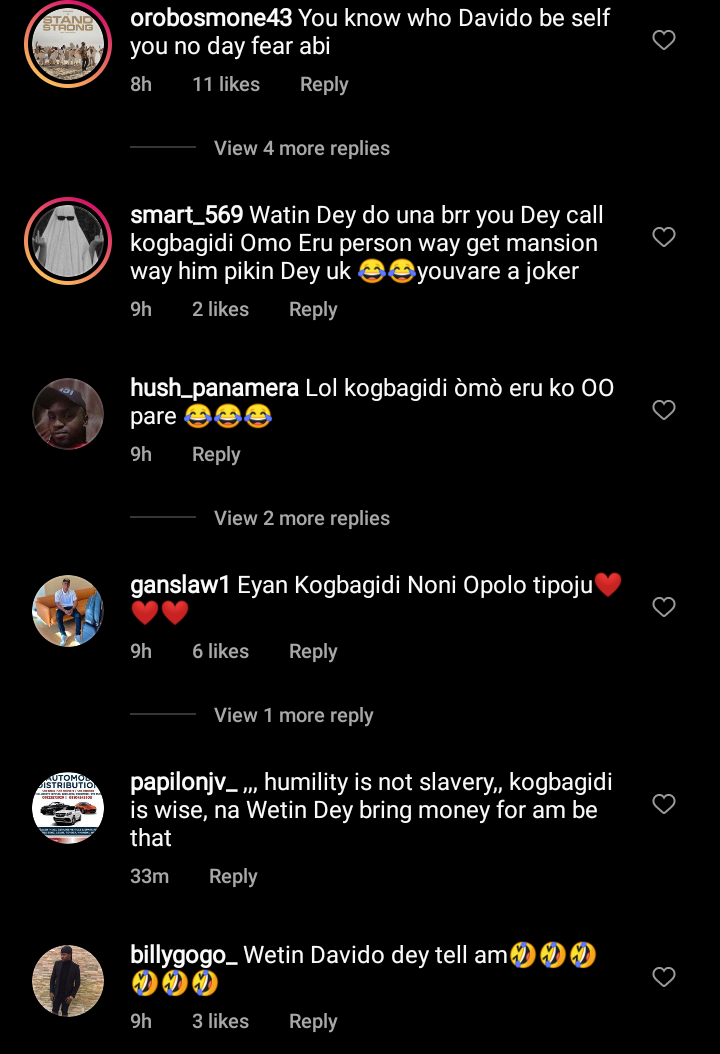 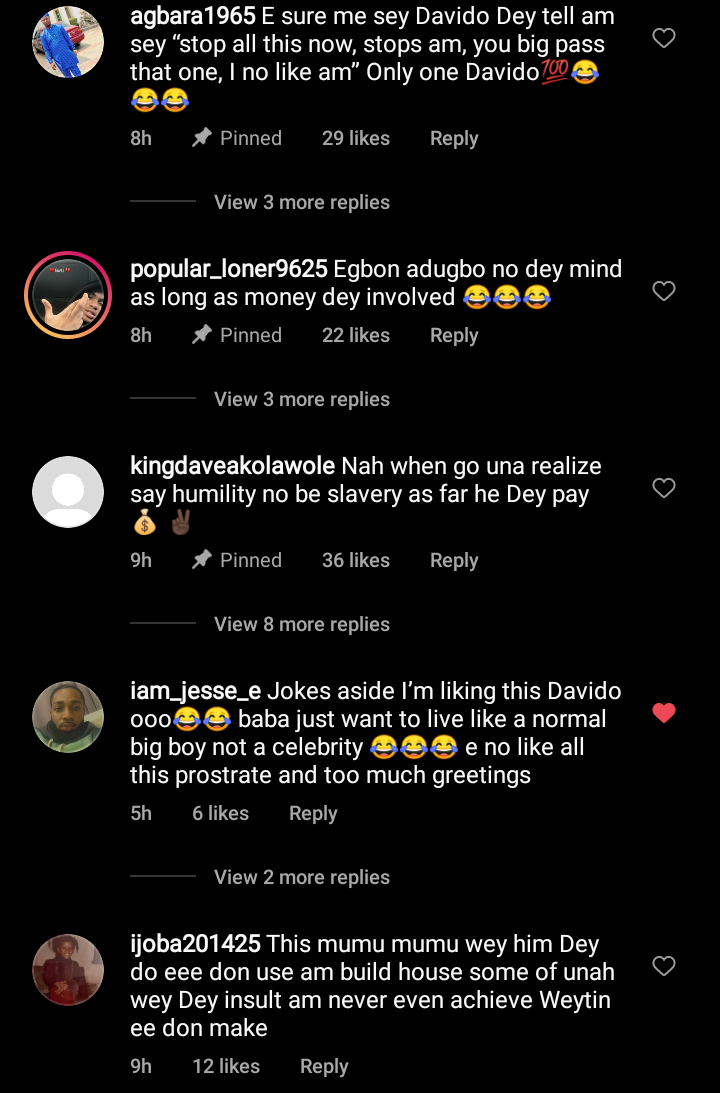 Recall that some weeks back, an old video of Davido spanking Kogbagidi’s head repeatedly went viral which also sparked reactions.

Kogbagidi on his part laughed as Davido landed the hot slaps on his head.