Maybe the rest of Big 12 football should not be sleeping on Texas Longhorns true freshman wide receiver Savion Red, especially when he’s already getting compared to San Francisco 49ers weapon Deebo Samuel this early in his college football career. Red’s teammate and Longhorns junior wideout Jordan Whittington recently said that Red reminds him of himself — and the Niners’ versatile wide receiver.

Via Matt Galatzan of Sports Illustrated:

“He’s like a Deebo Samuel – a bigger guy who runs with the ball like a running back,” Whittington said on Tuesday. “He reminds me of me. It’s like I have a twin out there.”

That sounds just like the perfect guy to give the Longhorns’ offense a boost in Year 2 of Steve Sarkisian’s reign in Austin. Last season, Texas football was already among the best in the nation in scoring, with 35.3 points per game, with the pair of Whittington and Xavier Worthy leading the attack downfield. Worthy led the team with 981 receiving yards and 12 touchdowns, while Whittington was a distant second with only 377 receiving yards and three touchdown grabs. Both Worthy and Whittington are back for another season with Texas football, but Red still offers intrigue, carrying with him to Austin a potential to break out right in his very first season in college.

Apart from a deep receiving corps, the Longhorns are also going to be propelled by the presence of star transfer Quinn Ewers, who projects to be the starting quarterback of Texas football in 2022 before the inevitable takeover of Arch Manning in 2023. But it’s Bijan Robinson who is the biggest star of the Longhorns’ offense right now, and he’s someone who could help Red develop into a legitimate ground threat — just like Deebo Samuel. 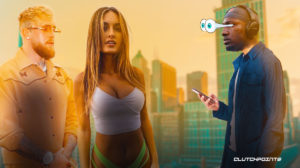