Sola Sobowale, Kanayo O Kanayo, Yinka Quadri and other Nollywood big names have been confirmed to be working on the production of StarCity Studios film ‘Double Dekoi.’

Nnamdi Odunze, the movie’s producer and director stated that the project is a multi-million dollar international film project that will give Nollywood a new energy. 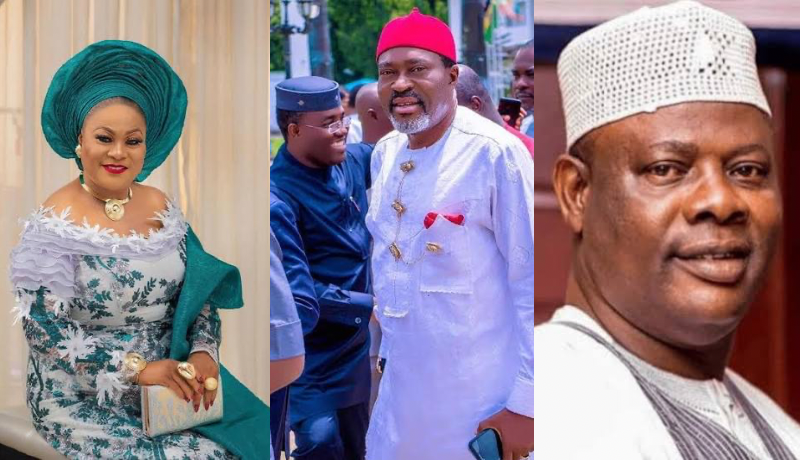 According to Odunze, ‘Double Dekoi’ was shot in Atlanta, Georgia, and Nigeria with contributions from Edna Chichi Njoku, Lawrence Ilayira Obinna, Dixon Igoni, and Igoni Igoni.

“This is one of my biggest productions because we connected with the best actors from all walks of Nollywood without considering tribes and we are giving it our best shot leaving no stones unchecked.”

‘Double Dekoi’ will make its debut in Nigerian theaters and at the American box office.

Men Are Few So Churches Should Allow Them Marry More Than One Wife — Apostle Ankomah
Insecurity: Akeredolu Begs Women To Pray For Nigeria
“We rarely communicate and this makes me question our friendship” – Rema opens up about relationship...
Elon Musk Sells $5bn Of Tesla Shares After Asking His Twitter Followers If He Should
Maria Chike celebrates 30th birthday in style amidst backlash of falsifying age
Emotions were high that night
Rooney, Vardy Under Fire For Sitting Back, Allowing Their Wives Fight In Court
Bobrisky Exposes Himself With Document That Proves His N450M Mansion Was Rented
READ:  John Boyega praises Disney's defense of 'Obi-Wan' star against racism

READ:  See What Hoodlums Did On Obasanjo’s 2,420 Hectares Farm In Benue