Singer Burna Boy is no doubt an all-rounder when it comes to music and he gets accolades for it. 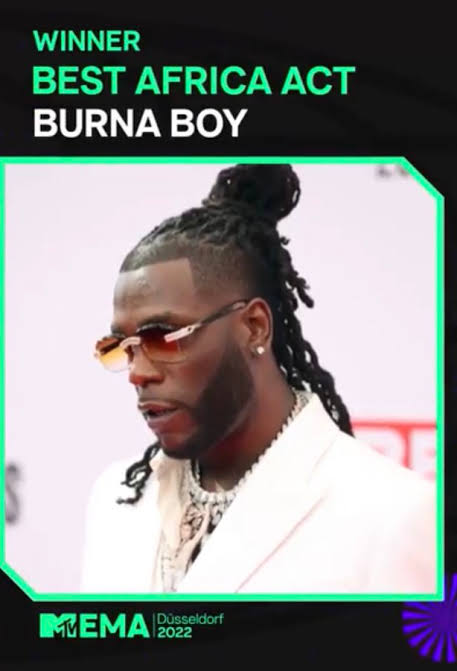 Reacting, the ‘Last Last’ crooner who was not physically present at the event to receive the award couldn’t hold back his excitement about it and appreciated the organizers for honoring him. He wrote:

“Thanks for the love @mtvema
I’m super bummed. I couldn’t be there. We go again!.”

The singer was recognised for her ground-breaking artistry, creative vision, and impact on the future of music.

To top it all, BMILondon hailed Tems and expressed interest in seeing what her next achievement would be.