join us on telegram
Nollywood Veteran, Shan George, has taken to social media to update fans on the wellbeing of actor, Hank Anuku.

An alleged video of the actor had made the rounds of him looking rough and roaming the streets of Benin.

While some Nigerians claim his condition might be related to drug consumption others said he is going through hard times.

SEE VIDEO AND REACTIONS BELOW 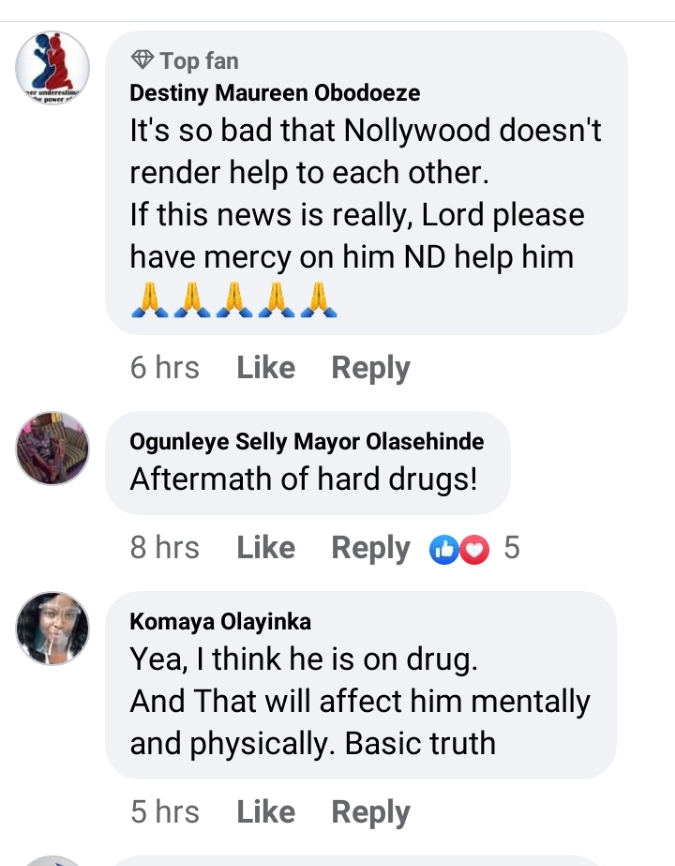 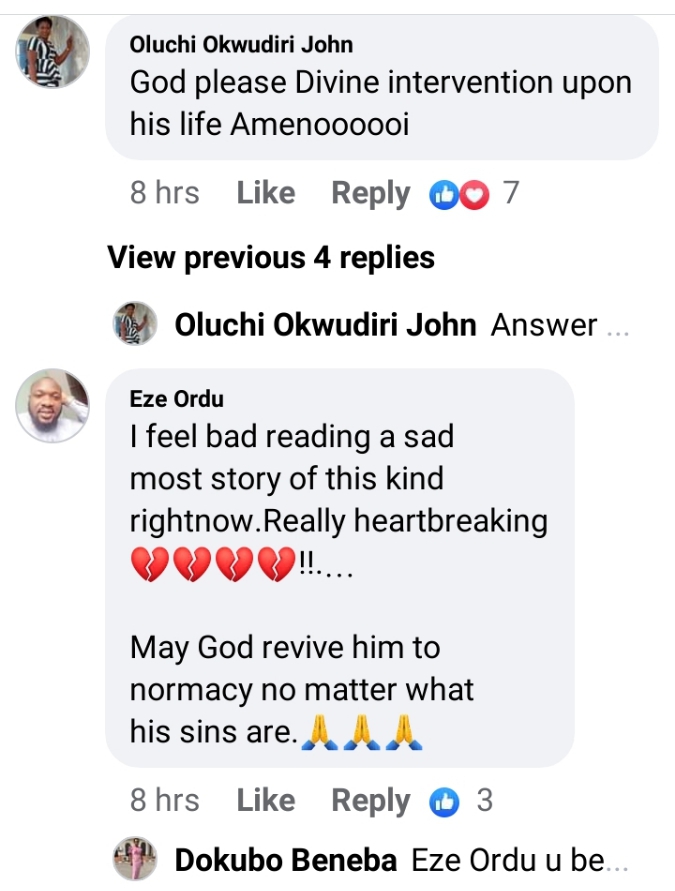 The clip raised a lot of concern online and Shan George was quick to debunk the claims that the actor was mentally unstable.

Shan George dropped a comment on a social media blog telling Nigerians that Hank Anuku is fine. According to her, they were on the same movie set just days before.

She also shared photos and a video of them on a movie set in Asaba three days ago.

The Actress wrote: “Nothing dey do Hanks o, we dey same set. This pix is 3days ago in Asaba. Hanks is fine o, we are on the same set”

SEE VIDEO AND SCREENSHOT BELOW 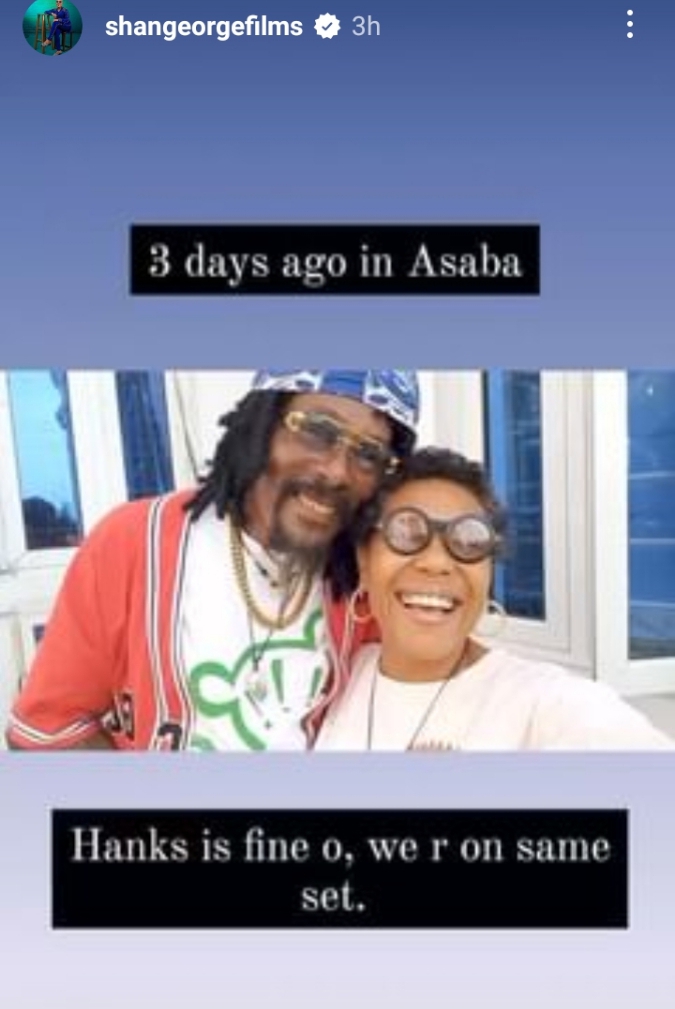