join us on telegram
Afrobeats Heavyweight, Burna Boy and his mother, Bose Ogulu, sparked hilarious reactions on social media with a viral video of them.

The Odogwu crooner and his mum who is also his manager, were in transit with his crew members, when the self acclaimed African Giant decided to sample his new song during an Instagram live session.

Burna, during the session, was vibing to the song before someone paused it, but he instructed the person to continue playing.

However, his mother, who did not approve, interrupted and threatened to shoot Burna’s legs so he could feel more pain if he decides to continue leaking the song online.

READ:  I wish the trolls can leave you and face me - BBNaija’s Boma tells Tega (video)

This is coming after the Twice as Tall singer suffered a leg injury and bitterly cursed out the body while sharing a photo.

The image shared captured Burna Boy’s bandaged foot as he equally disclosed that he suffered an injury to the veins.

Fans have shared reactions over the interesting mother and son moment, most of them expressed their love for their relationship and Burna’s unreleased song. 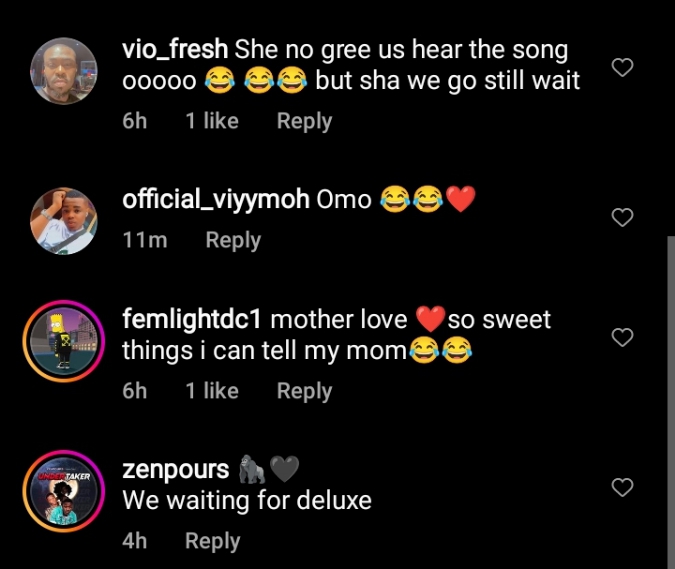 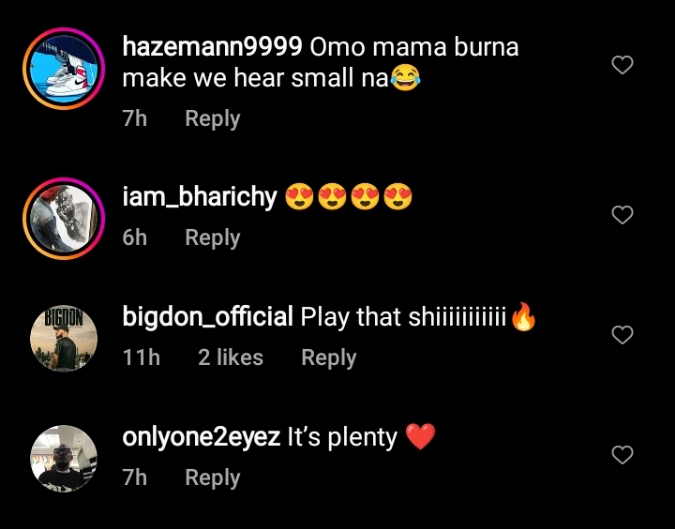