join us on telegram
Information reaching hitztv.com.ng has it that LAUTECH management finally reacts to graduate who wants to return his certificate due to lack of jobs. 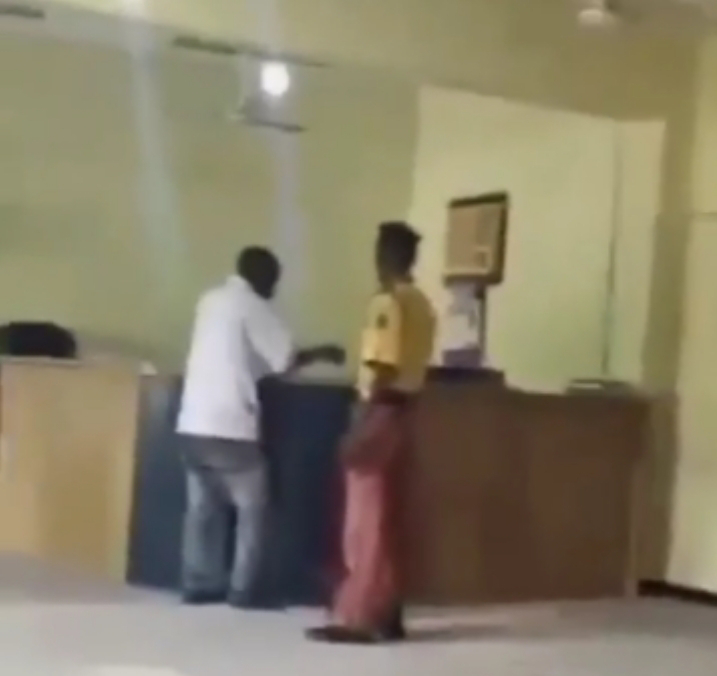 According to him, he has been struggling since graduation, with no financial benefit to show for having the certificate.

In the footage which surfaced on social media on Tuesday, the young man could be seen with a brown file throwing tantrum before an official seated behind what appeared to be a reception counter.

Although the video didn’t have much context, there were speculations that the individual was a LAUTECH graduate seeking a refund on his degree tuition due to unemployment.

It was gathered that the visibly enraged man sought to return his degree certificate to LAUTECH, citing that he was suffering.

It is not immediately clear what led to the conflict. But when contacted, Fadeyi Lekan, the current spokesperson of the institution, told TheCable Lifestyle that he was away on a trip outside the state.

He added that other university officials he had contacted over the issue denied the incident happened.

“It’s only right that I speak on what I’m able to confirm. I called people in my office and they denied it. I’m in Abuja now. Only if I get back to Ogbomosho would I be able to do an investigation and confirm,” Lekan said.

“I saw the video. I couldn’t identify a single person in it, else I would have reached out to hear from them directly.”

Padres Veteran Comments On Meeting With Fernando Tatis Jr.
"Remember, we know you very well"- Blogger Kemi Ashefon issues warning to Evangelist Naomi for repor...
Shaq Praises Ex-Wife Shaunie O'Neal, Blames Himself For Divorce: "It Was All Me"
I will be the first man to openly get married as a gay in Nigeria- chef Ayo declares
EX-INEC Chairman, Attahiru Jega Calls For Electronic Transmission Of 2023 Election Results
Isreal DMW recounts experience with Dele Momodu who accused him of stealing (Video)
JayDaYoungan’s Funeral Attended By Hundreds Of Mourners At Bogalusa High School
Do Not Retire To Katsina State After Your Tenure – Shehu Sani Warns President Buhari
READ:  Speculations of Eva Modika and Tebogo Ramokgadi being the owner of Maphephandaba and Popcornroom goes viral as Musa drag them