join us on telegram
Nigerian actress, Judy Austin, has taken to social media to speak hours after her alleged ex-hubby, Obasi, cried out for justice over their children.

Recall news of Judy having children from previous marriages went rife shortly after she got married to Yul Edochie in April 2022.

Mr Obasi, a man who claimed to have been espoused to Yul Edochie‘s second wife, Judy Austin, reached out to a popular Instagram Blog to seek public outcry over his plight.

According to him, he got married at the age of 29 to a 19year old Judy and the marriage produced two kids.

Obasi claimed he had access to his kids and took care of them until Yul paid Judy’s bride price recently, and cut him off even though they were still married by tradition.

Hours after Mr Obasi’s claims went viral, Judy Austin, shared a loved up video with Yul, and seemingly reacted to all of the criticisms and hate messages she’s been subjected to lately, saying she’s not bothered because God is present in her story.

“God is in this story.. and that’s all that matters” 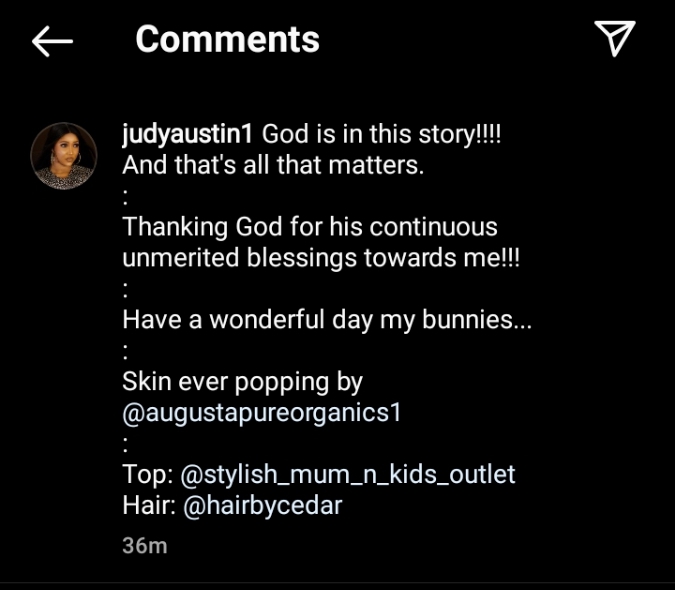 Her post has since sparked reactions on social media as many continue to drag her. 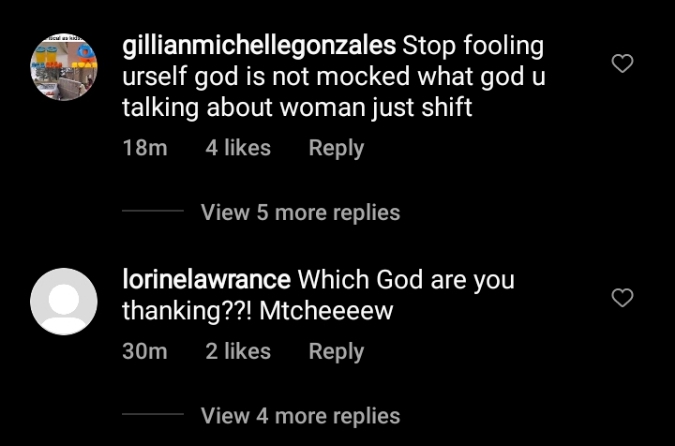 I can never regret campaigning for Buhari- Jide Kosoko
Democracy Day: Tinubu, Atiku, Obi, Others To Storm MKO Abiola’s Family Compound In Lagos
Nigerian suffering from Monkeypox laments struggle after being misdiagnosed by multiple doctors (Vid...
Where you dey go at 11:30pm?
I Can Rebrand Nigeria As I Did With Enyimba FC, Says Orji Kalu
Davido Unfollows Portable On IG After Being Paid To Campaign For APC In Osun State
Wande Coal, Olamide, Kizz Daniel Feature On Empire’s Compilation Album, ‘Where We Come From’ (Trackl...
Yemi Alade Says – Men With Small P#nis Turns Me Off