join us on telegram
A suspected child trafficker, Maureen Wechinwu, who was arrested in Rivers State with 15 abducted children has confessed that she ‘buys’ them. 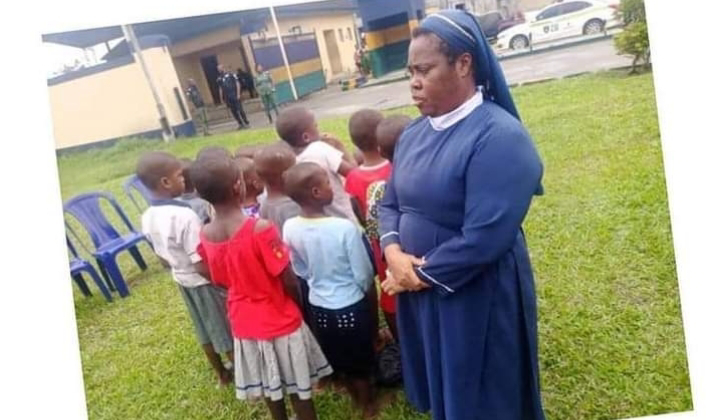 The 44-year-old suspect, who claims to be a Reverend Sister, was arrested at Omuigwe Abuja Phase II, Aluu, in Ikwerre LGA for alleged child trafficking.

Speaking to newsmen at the police headquarters on Tuesday, September 6, the suspect claimed that she used to be a Reverend Sister trained in England and her orphanage is genuine.

“Some of the children are mad people’s children. The others are brought to me by one Mr. Victor. Sometimes he comes with them in twos. One Miss Alice brought two to me. Alice said since I am a beginner that I should take them.

READ:  A couple in Ohio was charged with public indecency after having sex on an amusement park ride, police said

The Commissioner of Police, Friday Eboka, revealed that the children rescued from the suspected trafficker were aged between seven and nine, adding that preliminary investigations have shown that the children were picked from different parts of the South-South states and were being sold.

He said it took over 24 hours before the children were able to narrate their experiences to the police, adding that they were being tortured and maybe hypnotised as well.

READ:  "If their children were schooling here, do you think schools would be shut for even one day?" – Kate Henshaw queries