join us on telegram
Captain Mahama was murdered in line of duty against galamsey. Aisha Huang’s deportation in place of prosecution was hailed by Osafo Maafo. 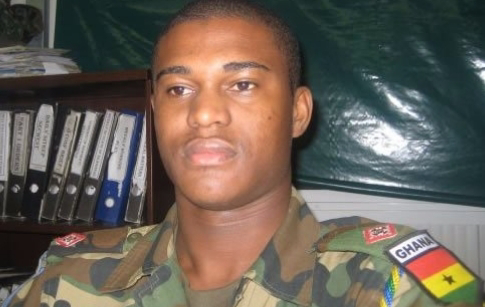 The dreadful woman, so to speak, is back and doing worse in illegal mining in Ghana. Yet sadly, several Ghanaians are in jail for galamsey.

This revealed that, based on the biometrics provided, “RUIXIA HUANG” had previously registered as EN HUANG in the FIMS record under the NIS database. When confronted by the registration officer with this information, she claimed to have changed her name. As per NIA’s normal registration process, EN HUANG was asked to provide an official certified affidavit and a gazette as required by law to support the change of name if the details in the passport with number EJ5891162 were to be used to update her old records,” the NIA clarified.

According to the NIA, its National Identity Register (NIR) does not contain any record of a person named AISHA HUANG.

“Put differently, the name AISHA HUANG does not exist in the National Identification System (NIS) database”, the NIA said in a statement dated September 6, 2022.

On Tuesday, the Minority Leader Haruna Iddrisu commented on allegations that Chinese ‘galamsey’ kingpin, Aisha Huang has a Ghana Card.

“As a man, you are the sacrificial lamb of your wife; she must eat before you eat” – Prophetess Obi ...
This Corruption Is Getting Out of Hand – Rude Boy Blasts Minister of Sports After Nigerian Female Ba...
Rick Ross Is Bringing Maybach Music To Africa – Which Nigeria Artiste Do You Want Him To Sign First?
Governor El-Rufai’s Son, Ahmad, Graduates From UK University (Photos)
Italy Issues Global Warrant For Robinho After Rape Sentence
#EndSARSMemorial: Rapper Falz Assure The Timely Release Of Arrested Protesters
“I Need A Man That Will Marry Me Urgently” – Veteran Nollywood Actress, Eucharia Anunobi
PDP NEC Meets Wednesday, Atiku, Lamido Reject Consensus
READ:  Aguero Singles Out Two Man City Players After Win Over Man Utd