join us on telegram
Highly rated crooner, David Adeleke, professionally known as Davido has sparked reactions from cybernauts following a salacious comment he left on a post of his fiancee and baby mama, Chioma Avril Rowland.

Chef Chi had shared a video of herself on Instagram where she flaunted her banging body in a light green gown which got fans gushing.

In response to Davido’s comment, Chioma called him ‘Daddy’

See their exchange below:

Reacting, fans penned several comments under the conversation as they gushed over their romantic relationship.

Refer to some comments below: 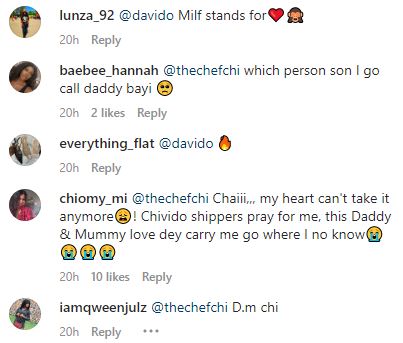 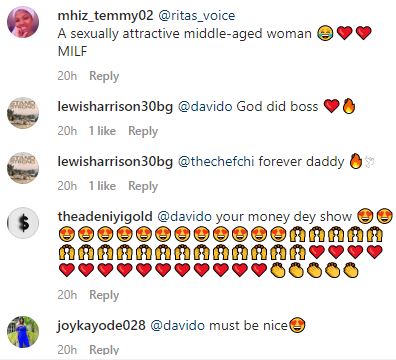 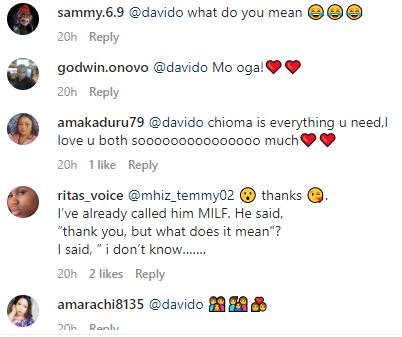 Actress Nkechi Sunday and husband, Falegan, part ways
PDP NEC Meets Wednesday, Atiku, Lamido Reject Consensus
Atiku Abubakar Spends Holiday With His Children And Grandchildren At The Zoo (Photos)
"Rico was the best of us; his heart was so pure"' – Ifu Ennada tears up as she mourns colleague
"Dating Nigerian women nowadays is like taking care of an orphan" – Ghanaian man groans
Cheslie Kryst, Former Miss USA, Dies At 30 By Suicide
“How many people he wan give his heart” – Reactions as Ahmed Musa celebrates birthday of new wife
Emotional moment Dj Cuppy's boyfriend proposed to her (Video)