join us on telegram
BBNaija Housemate, Adekunle left viewers in shock after he disclosed that Groovy had sex with his love interest Phyna, in the toilet, during a conversation with Bryann at pool party.

The Housemate brought all the vibes to their Pool Party last night. The party started slowly as the Housemates had drinks and munched on snacks. However, in no time, they decided to bring Biggie’s House down by turning up energetically.

Recall that Phyna and Groovy had allegedly shared intimate moments in the house.

Adekunle heightened the rumor last night during the party, when he was captured sitting next to Daniella, engaging Bryann in a conversation about what he witnessed in the toilet.

READ:  #BBNaija: 15 Housemates Are Up For Eviction (Full List)

Adekunle told Bryann he caught Groovy and Phyna making love in the toilet and directed him to confirm his assertion.

“Phyna and Groovy are having s**x in the toilet”

Bryann walked away from the conversation to avoid any controversy. 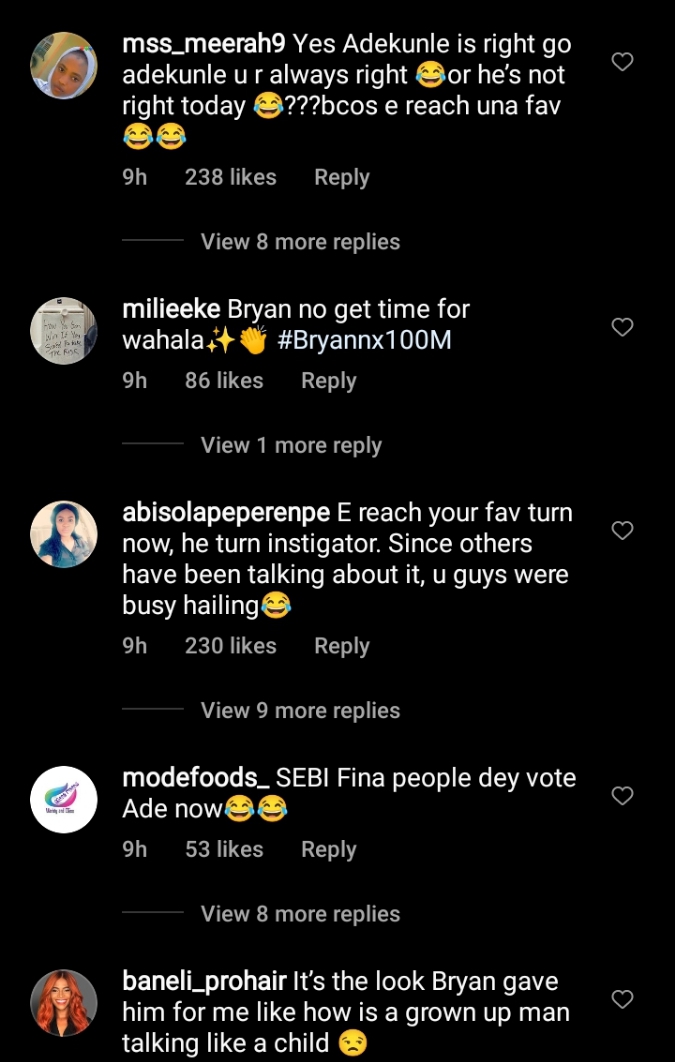 Mr Eazi gets £1000 engagement gift after proposing to Temi Otedola
"Yoruba demon thing is a lie, heartbreak has nothing to do with tribe" — Uriel
Jennifer Lopez teases new photos from Ben Affleck wedding in Georgia
Ronaldinho Reveals The Premier League Club He Supports
Master P & Solange Turn Up In The Studio While Working On Her Album
Actor Kenneth Okonkwo says lady who knelt to accept her boyfriend’s proposal is the type of Lady he ...
Cuppy announces first ever online conference, #CuppyGoldDust
FFK denies claims of beating his ex-wife Precious Chikwendu while she was pregnant, accuses her of a...
READ:  "If you feel I’m not a good friend, cut me off" — Chichi responds following confrontation from Phyna over Groovy (Video)

READ:  "Chomzy's constant win is giving her confidence to speak to me anyhow" — Phyna (Video)