join us on telegram
Information reaching hitztv.com.ng has it that Americans have reacted to YouTuber, JiDion, having his hair cut with wireless clipper at Arthur Ashe stadium during Nick Kyrgios’ game. (Read More Here). 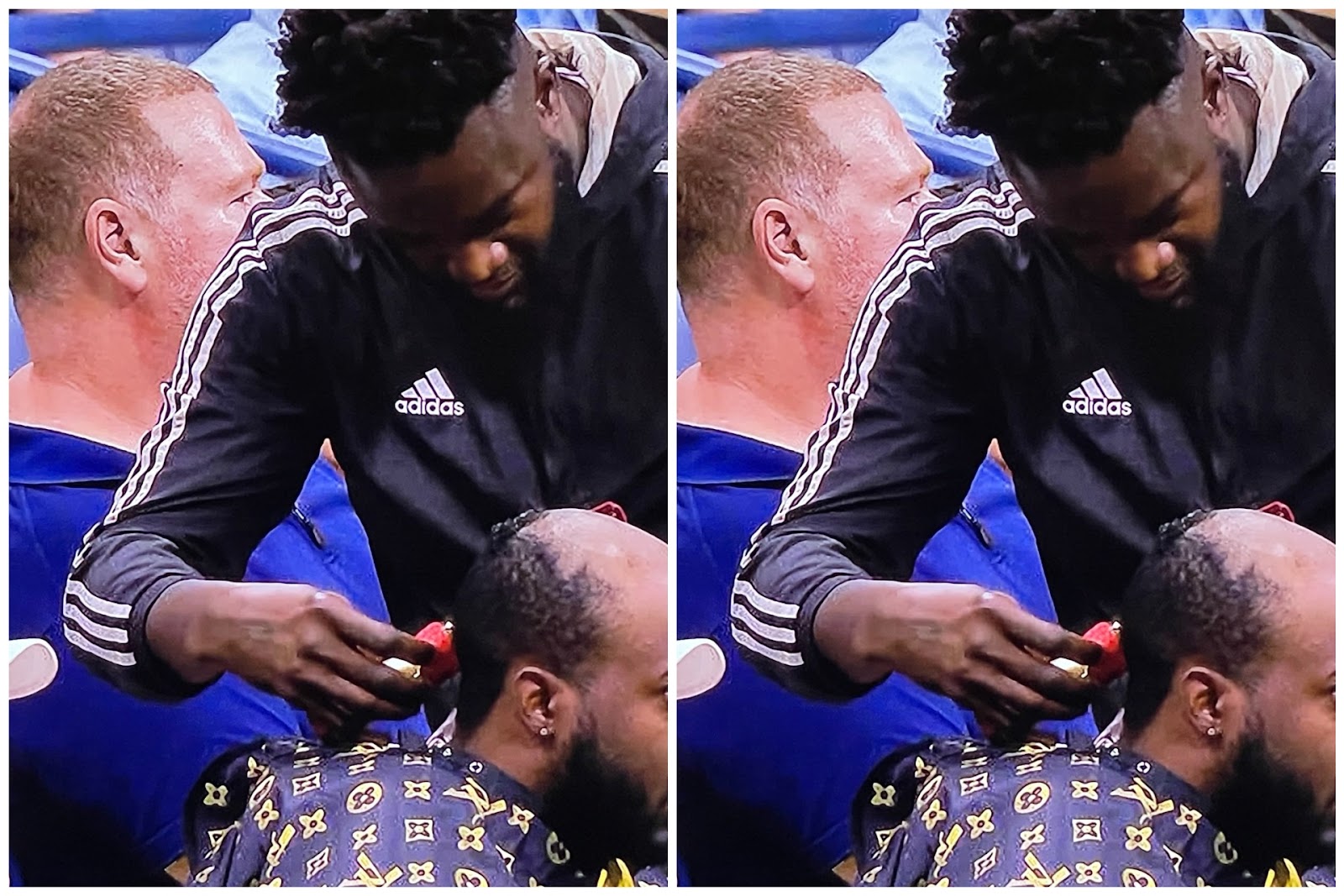 YouTube star JiDion, who was sitting in the front row during a night session match between Nick Kyrgios and Karen Khachanov, was shown getting a haircut as spectators looked on with a mixture of shock and bemusement.

The Aussie showed courage and broke early in the second set to take back momentum.

However, in a bizarre moment, the broadcast cut to the crowd during the change of ends and spotted a man receiving a haircut.

READ:  The body of South African Pastor, Siva Moodley, is still lying in a mortuary in Johannesburg for over a year now, as his family and members of his congregation continue to wait for his resurrection

John McEnroe added on ESPN: “Weird time to do that.”

The man receiving the haircut was YouTuber JiDion, which would suggest it was a stunt.

Regardless, the tennis world was left baffled and surprised at the unusual court-side activity at the New York grand slam.

Reporter: “You’ll be playing with LeBron James and Anthony Davis.”

Patrick Beverley: “They’re gonna be playing with me. I made the playoffs last year, they didn’t. It’s a difference.”

Fred: The camera at the US Open panned to a man cutting another man’s hair…like wireless clippers giving a man a bald head in the middle of a match! I have so many questions! 💇🏿‍♂️

Park: @usopen why are you allowing that guy to be cutting hair during the game. But people walking around isn’t ok!!

Johnson: why is this n*gga cutting this man hair, right now, in Arthur Ashe stadium, at the US OPEN?