Deyemi Okanlawon has added another feather to his ever growing collection with a new appointment.

The Nollywood actor announced that he has been named as a mentor for global entrepreneurs at Techstars Toronto.

“Super proud to announce that I am now officially a Techstars Toronto Mentor!.

“Very soon, I’ll be sharing some really amazing news on the intersection of Film and Tech so stay tuned.” 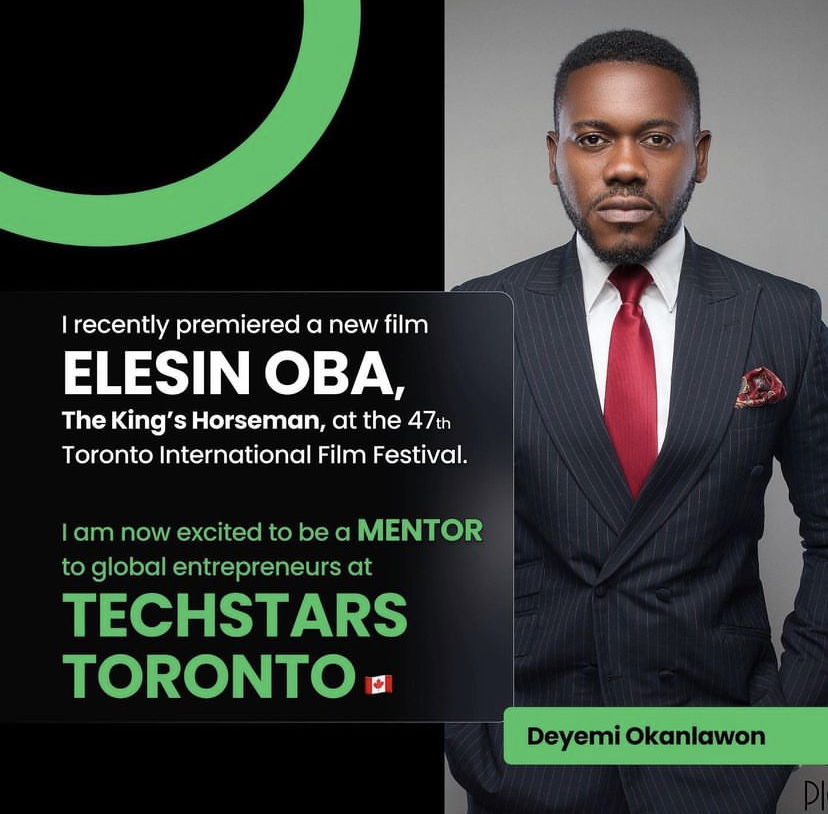 hitztv recalls Deyemi Okanlawon revealed what his wife did when he complained about being broke.

The actor shared one of the wonderful things about his wife, Damilola with his fans.

The father of two took to Micro-blogging platform, Twitter to reveal that he woke up with a bank alert that surpassed the problems he shared with his wife the previous night.

“Last night I finally told babe how low my cash flow was and how I still had plenty pending commitments…. na so I wake up this morning see credit alert wey pass my problem”.