join us on telegram
A Nigerian-Canadian drug mule, Emeka Ugwu, has been sentenced to over two years imprisonment in the U.K for smuggling £28k worth of cocaine into Glasgow Airport. 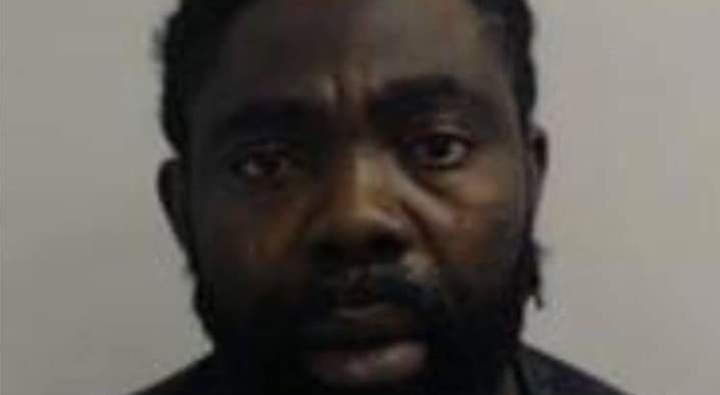 Ugwu, who had been living in Canada, swallowed 80 capsules full of cocaine before getting on a flight that landed at the Paisley travel hub on June 6 in a bid to get the drugs into the country.

Paisley Sheriff Court heard the 44-year-old dad had gone from Canada to France, then to Guayana. He returned to Paris and then headed for Scotland, after swallowing 1.2kg of the class A drug.

DailyRecord reports that Borer Force officials spotted discrepancies in Ugwu’s travel history and, when he was detained, he started to pass dozens of packages of white powder that later turned out to be identified as 1.2kg of cocaine worth £28k.

Ugwu who had earlier refused to answer any questions about how the cocaine became concealed in him, later told the court that he was forced to traffic the drugs through “fear for his and his families life.”

His attorney, Isla Sinclair, told the court on Friday, August 26, that he had taken a “solo-trip” leaving his pregnant partner at home.

“He went on holiday from Canada to Paris. But here he decided to visit Guyana, as he had a friend in Canada who had told him about the culture and how beautiful the country is. When he returned to Paris, he met three individuals and he got close to them.

They threatened him with his life and the life of his family and he was very scared. He was terrified for his life and felt like he had no option than to do what they said,” she explained.

READ:  Police announced a St. Louis woman was beaten, stomped and stabbed to death by Gregory Smith III, and her house was soaked in gasoline while two children were inside the home

Sentencing, Sheriff Brian Mohan said: “The circumstances were that you were at considerable personal risk by ingesting these packages which had to come out of your system by a number of bowel movements.

That is a very dangerous way for drugs to be imported and I understand that reflects where you were in the chain. But this was a deliberate involvement in the trafficking of Class A drugs with a high value of over £28,000.”

‘How Soldier Smashed My Phone & Threw It Into River’ – Girl Cries Out
Namibia is the only African country eligible to export red meat to USA
Ghanaian Man Halts Church Service As He Confronts Pastor For Allegedly Sleeping With His Wife
FFK’s Ex-wife, Precious Chikwendu, Stalls Her Arraignment For Criminal Charges At Federal High Court
Caroline Danjuma makes solemn promise to self as she celebrates 35th birthday
Political Crisis Allegedly Brewing Between Vice President Osinbajo And APC National Leader Tinubu
New law requires New York museums to label Nazi-looted works
Kanye West Has A Question For Pete Davidson
READ:  A rapper belonging to the Grammy-nominated group NappyRoots, Melvin Adams, was robbed, kidnapped, and shot this week following closing hours at a brewery he co-owns in Atlanta